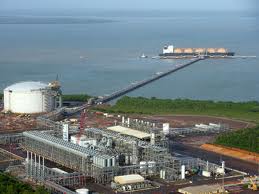 Like the Dracula Monster, Liberty Gas is Back
By Rav Freidel, Concerned Citizens of Montauk

Big energy isn’t fiddling around while New York and New Jersey rebuild the coastline after Sandy.  They’re, once again, trying to fast track both oil exploration and the industrialization of the Atlantic Ocean.
First they tried to place Broadwater, a 1200’ long Liquefied Natural Gas (LNG) terminal, in Long Island Sound.

LNG facilities proposed for the Bight are for exporting natural gas extracted by fracking — the process of sending pressurized fluids into the shale, and blasting the trapped gas out of the rock.  Fracking contaminates drinking water and pollutes the air we breathe.

What’s more, LNG has a carbon footprint that’s almost as dirty as coal.  It’s another greenhouse gas that’s helping to cook the life out of the planet, and by the way, helped cause super storms like Sandy, last summer’s drought, and the recent blizzard in the northeast.

But impossible to ignore resistance from both sides of the estuary thwarted the Broadwater LNG facility.  (To his credit, New York’s replacement Governor David Patterson vetoed it after his predecessor Eliot Spitzer had failed too.)

Undaunted, big energy tried to get a foothold in the ocean and build “Safe Harbor” an artificial island off Long Beach, New York. Plus two more Broadwater-type LNG terminals off the New Jersey shore — “Blue Ocean” and “Liberty Gas.”  Karl Rove himself couldn’t have come up with three better names to try and cloak the raping of the ocean.  The battle to protect the New York /New Jersey Bight from big energy continued.

Why it’s called “the Bight” I don’t know.  What I do know is that the Bight is one of the most bio diverse marine environments along the Atlantic Coast.  It’s home to more than 300 species of fish, 350 species of birds, 25 species of whales, dolphins and seals, and 5 species of endangered sea turtles.  It runs 256 miles from Cape May, NJ to Montauk Point, NY and miles out to the continental shelf in the ocean.

Due to soaring energy costs brought on by greed, big energy and proposed LNG projects in the NY/NJ Bight got an enormous amount of support from Washington.  Congress wanted to drill everywhere without environmental review.  Barack Obama, facing a difficult re-election, championed opening up more of the Arctic, the Gulf of Mexico, and even the Atlantic Ocean to oil and natural gas exploration.

Fate stepped in when BP’s Deep Water Horizon exploded and defiled the gulf.  Safe Harbor folded its tent.  So did Exxon’s Blue Ocean.  And NJ Governor Chris Christie kept his campaign promise and vetoed the last hold out — Liberty Gas.  LNG in the Bight was finally dead.

Cindy Zipf, executive director of Clean Ocean Action based in Sandy Hook, New Jersey sensed an opportunity.  She dusted off legislation she had been working on for years and rekindled the campaign to create a Clean Ocean Zone (COZ) to protect the Bight.

The COZ had vision: Enough with all these endless meetings, late night hearings, and countless conference calls, once and for all we were going to get a federal law that made sure that the only energy development in the Bight would be renewables.  There would be no oil drilling, no LNG terminals, no BP type oil spills, no medical waste, no toxic dredge spoils or sludge and sewage disposal.  And both New York and New Jersey would have a greater say in what neighboring states wanted to do to the ocean.

Cindy got tremendous support from municipalities, commercial and recreational fishermen, surfers, boaters, businessmen, environmentalists, restaurants and resorts up and down the coast.  170 different business and environmental groups signed on to the COZ.

Cindy also launched the “Tour for the Shore” educational campaign in 2012.  It featured Margo Pellegrino, a world-class ocean kayaker paddling from Cape May to Montauk, Clean Ocean Action attorney Sean Dixon peddling his 10-speed all the way, and philanthropist Andrew Sabin, who calls himself a Teddy Roosevelt republican, wearing a GOP cycling suit, as he covered the last 100-mile leg of the journey.
The politicians on both sides of the isle started paying attention.  But it was an election year.  No new legislation would be possible until 2013.

Then fate stepped in again.  Super-storm Sandy devastated the coast and all bets were off on the COZ.  People were focused on getting the ocean out of their homes.  Not trying to protect an unfriendly sea.

As expected, Liberty Gas has resurfaced again with a new proposal to place another Broadwater type terminal off Atlantic Beach — the New York side of the Bight.  And once more we are playing whack-a-mole with LNG.
It’s time to take action.  Come together and support a clean and healthy NY/NJ Bight.

For more information and how you can help drive a stake through the heart of big energy and protect the NY/NJ Bight, please contact Cindy Zipf, Executive Director of Clean Ocean Action, at Zipf@cleanoceanaction.org, or myself, Rav Freidel, director, Concerned Citizens of Montauk at Rav@agencyrav.com.