The Tail Cost of Environmental Sloppiness

The Tail Cost of Environmental Sloppiness

It appears that the “tail cost” – the true total cost of human activity — is a bill needing to be paid, even in space!

As reported in the New York Times this week, a new study warns that extraterrestrial clutter has reached a point where, if nothing is done to clean it up, a cascade of collisions will eventually make low-Earth orbit unusable. This will make the risks and expense of communication technology the world depends on much, much higher. All because people aren’t managing the junk they’ve produced. They’d rather lower their own expenses and just kick that can down the road for others to pay.

Here’s more food for thought: Another recent study calculates that the pump price of gasoline does not reflect its true cost. When you factor in national taxes, national debt, environmental damage to industries like fishing and tourism (BP oil spill, Exxon Valdez), damage that precipitates other emergencies 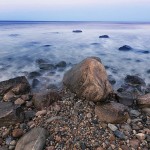 (global climate change, health problems, etc.), military and veteran spending related to securing oil, the cost is much higher. As referenced by former presidential candidate Jon Huntsman, the true cost at the pump is more accurately $13 per gallon!

Right here in Montauk and East Hampton there is pressure to loosen things up to allow more stress to be placed on an already degrading environment. The claim is that it is simply too costly for a few people and businesses to responsibly manage the by-products of their enterprises — light, solid and septic waste, and noise.

Rest assured, the “tail cost” for environmental sloppiness won’t just disappear. It will be presented to us — citizens and taxpayers — to be paid in full . . . with interest!