Many of our concerns about the dangers of the Millstone Nuclear Power Station in Waterford, Connecticut have been sharpened since the March 11 earthquake and tsunami that triggered Japan’s worst nuclear crisis at Fukushima, Daiichi. We’re concerned about 40-year-old Millstone, a nuclear power plant that is only about 20 miles away from Montauk across the Sound — closer than Bridgehampton Commons. And we consider that the Shoreham Nuclear Power Plant — which was shut down because of strong community resistance — was 54 miles from Montauk.

So just how much of a danger is the Millstone Nuclear Power Station? To address this issue, CCOM invited noted professor and journalist Karl Grossman and County Legislator Jay Schneiderman to its Annual Meeting on September 24, 2011.
Current Federal Regulations

Both speakers noted that the Nuclear Regulatory Commission (“NRC”) defines two emergency zones around nuclear power plants: 1) “A plume exposure pathway zone,” with a radius of 10 miles, concerned primarily with exposure to, and inhalation of, airborne radioactive contamination; and 2) “An ingestion pathway zone” of about 50 miles, concerned primarily with ingestion of food and liquid contaminated by radioactivity. The reach of these emergency zones is broad: According to 2010 population figures, 125,000 people live within Millstone’s 10-mile exposure pathway, while nearly 3 million live within its 50-mile ingestion pathway.

The federally-required standard evacuation zone is 10 miles, but as the nuclear disaster at Fukushima has shown, 10 miles is inadequate. The Japanese government directed people within 12 miles of the Fukushima plant to evacuate, and asked those between 12 and 18 miles to stay indoors or voluntarily leave. Contaminated cattle were found 20 miles from the plant.

Our speakers believe that any catastrophic event at Millstone would be devastating to Montauk. 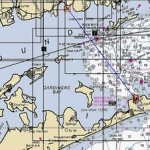 County Legislator Schneiderman is calling for expansion of the federally required 10-mile radius evacuation plan to a minimum of 25 miles, which would include all of the East End of Long Island. After all, the U.S. Government urged U.S. citizens within a 50-mile radius of Fukushima to evacuate the area in Japan. Schneiderman argues that similar mandates should exist on United State soil. Given that evacuation of the eastern end of Long Island would be impossible, Schneiderman says there should be no choice but to shut Millstone.

Legislator Schneiderman said that on a cost-benefit analysis, Millstone offers no rewards and too many risks. Potential threats occur from terrorism, natural disasters, and human error. Schneiderman views natural disasters as the least likely threat, while terrorism is a serious possibility. Most likely? “Problems from human error,” he said, ticking off numerous safety and other violations of the aging plants. Millstone, he claims, has “a sordid history on environmental regulations.”

Professor Grossman opened his remarks saying, “Jay is one of the few legislators taking a stand against Millstone.” Grossman broadened the discussion to a more global perspective. First, he pointed out that the Fukushima disaster is ongoing and that, in fact, there are always routine emissions from power plants. There doesn’t have to be a catastrophe for there to be an effect from nuclear power, and there is a higher incidence of cancer near nuclear plants that many ascribe to these routine emissions. So “an accident anywhere is an accident everywhere,” he said.

Millstone has three reactors and each is beyond its planned life span. Millstone 1, a General Electric boiling water reactor, was shut down in November 1995, before being permanently closed in July 1998. Millstone 2 is a Combustion Engineering plant built in the 1970s. Its operating license was set to expire on July 31, 2015, but was extended (over protest) to July 31, 2035. Millstone 3 is a Westinghouse plant that started operating in 1986. It has recently been cited for operating above its power capacity. Its operating license was to expire November 25, 2025, but was extended to November 25, 2045. The owner, Dominion, has been cited for operating the plant above legal limits. Metals fatigue and the reactors become unsafe at those ages.

According to both speakers, the recent earthquake on the east coast shows that the risk of earthquake damage to Millstone is much greater than stated. Professor Grossman also pointed out the danger of a terrorist attack on the facility, especially on the relatively exposed and unprotected spent fuel storage tanks. Both speakers agreed that human error and an aging facility running beyond its design life are the larger threats that would destroy life and property on the East End.

When asked if there was any safe place for a nuclear facility Professor Grossman answered, “Yes – 93 million miles away – the sun.”

What Can Be Done?

Schneiderman advocated for a revised national policy. After the nuclear disaster in Japan, other countries moved away from nuclear power, but in the U.S. the response was merely to review the current 104 plants. While federal inspectors cited Millstone for operating at capacities far beyond those permitted, there has been no reconsideration of the recently extended license, which will permit two of the facility’s three reactors to operate for an additional 20 years. As a county legislator, Schneiderman says he is powerless to close Millstone. Meantime, our Congressional representatives support its continuing operation.

Professor Grossman’s opinion is that the NRC is in bed with the industry and that solutions can’t be found there. “Congress is indebted to the nuke industry and awash in nuke money,” Grossman said. “We have to do something about the political scene.”

Grossman urged the audience to read his book, Cover Up: What You Are Not Supposed to Know About Nuclear Power, which was now available free online.